I WANT TO SELL MY HOUSE

Beautiful and cosy one storey villa with saltwater pool in one of the best areas of Alhaurín de la Torre. REF: V4210750

For sale direct from the owner! Casa La Parra is a charming old finca surrounded by organic farms but situated very close to the center of …

A beautiful country house in an excellent location, set on a very usable and terraced plot of almost 4.200m², fully fenced and with an automatic gate. …

WHAT A SPECTACLE OF HOUSING!!! This is for you to see!!! DESIGN VILLA IN ALHAURIN DE LA TORRE !! We put this luxury house for sale in In the …

Semi Detached House for sale in Alhaurin de la Torre with 4 bedrooms, 2 bathrooms and 1 toilet, with private garage and private garden. Regarding …

A large town set among the vast plantations of citrus and avocado in the province of Málaga, Andalucía. It boasts cultural heritage areas such as The Fuente del Rey Aqueduct (King's Spring).

Over the last couple of years, the town has seen a tremendous growth brought by improvements on the major highways in the area.

The town’s economy is undoubtedly flourishing, rapidly transforming the area into a commuter town. Only a short drive away are familiar shops such as Ikea, Decathlon, as well as the large new shopping outlet, Plaza Mayor, featuring many designer brands.

The town itself is larger than the neighbouring town of Alhaurín el Grande and it is situated to the east of the Mijas mountain range. The town boats a combination of natural landscape, with towering pine trees, with larger residential areas.

In 15 minutes, you can arrive at the popular beaches of Torremolinos, it is also near Málaga city, and the international airport is only 9.5 kilometres away by road.

The town can be accessed using any of the several bus lines or you can catch a train from the nearby train station at Plaza Mayor Shopping Centre.

Fina El Portón is the town’s cultural and social centre and has become a popular venue for art exhibitions, dance performances and concerts.

If this sounds like somewhere you could call home, search through our available properties for sale in Alhaurín de la Torre. 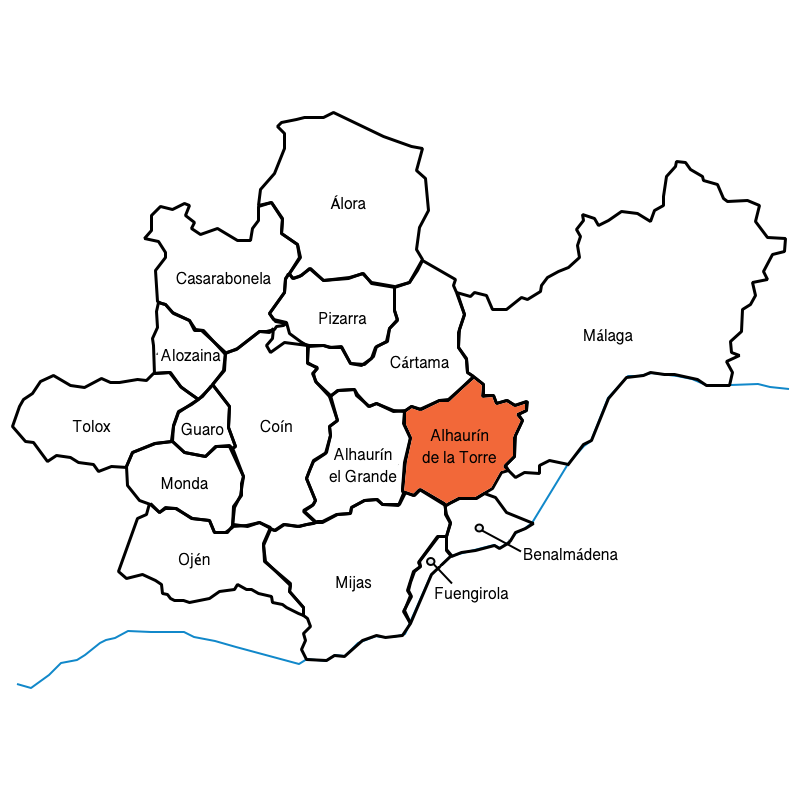 Please use any of the following methods to contact us: